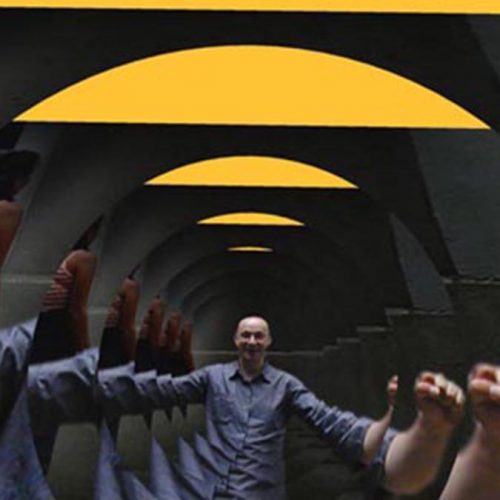 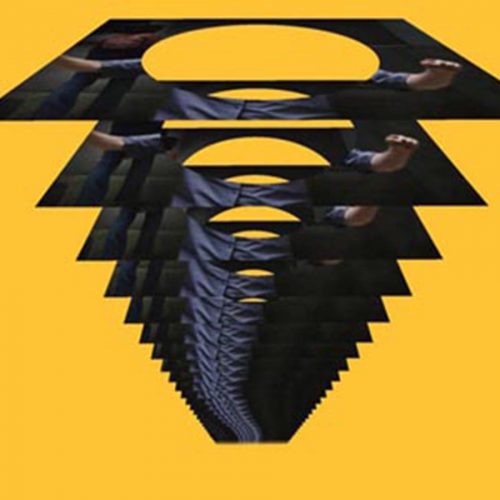 conceived in 1997, this project is the origin of the whole Mechanics of Emotions

Far Near is a new example of ‘communication scenography’, unlike the Virtual Tunnels/ Tunnel under the Atlantic, or the Paris-New Delhi Tunnel -which linked « diggers » thousands miles away; FAR NEAR (e-motion) works as a local and worldwide network. This work recreates the technological distance between two people in the same space. However, the simplest things become complex…For example, it is difficult for each digger to remain in contact with the other. The communication-link between is influenced and varies according to feelings and sensations emanating from all over the planet. The network is a semblance of the global body, it functions as a huge nervous system, making the diggers sensitive and aware of the pain of humanity and it’s possible effects. During the exchange, each digger experiences a loss visually or otherwise of the other person, the remaining signal is the result of the ravishes of violence, excess communication and economical factors. The pain is dull, however, it affects only the exchange, not the physical body.

The installation will consist of a room with three, independent, screens/walls. On both opposing walls, two rear projections (up to 2m diameter) allow the « digging » simulation to occur and represent the two ends of a tunnel linking two people. The two visitors are placed back to back. As each ‘digs’ he/she cuts circular holes into a video image that has become an infinite collection of flat stills – generated at video speed i.e. 25/fps. The digging takes place until he/she discovers image of the other.
Both participants dig simultaneously. Each digger realizes that if he doesn’t keep up digging with the other he is only sees the next most recent captured images. Thus, if the digger speeds up, he will find himself in the future and encounters a black image. If he slows down, he will be in the past. This an asynchronous video communication. During this activity, the two diggers can converse via a microphone. Although the image is not well defined, the sound is very clear.
The signal that links the two diggers will follow a random path around the planet via Internet. Through war zones, places marked by pollution, poverty, IT communication saturation. The signal’s path will be projected on a wall between the two diggers’. When the Internet signal passes through one of these troubled zones, the communication between the two diggers is affected. Picture is altered, distorted according to the nature of the attack.

On the front wall, between the two diggers the public sees a visualization of the signal’s path around the planet as a graphical net. Zones of violence are represented are colour coded. Four or five maps will be created in real time making the density of violence, pollution, poverty, communication visible. These maps will be superimposed onto the global representation of the planet where the only other visible factor is the signal moving from one node to another. Globally, many web servers (mostly university servers) will have the software to randomize and re-route of this virtual signal.

Internet filtered zones of pain. For the complete version, Far Near would include software that builds dynamic maps of the world’s metabolism in real-time. The principle is to use the capacity of meta search on the web to establish links, thanks to keywords, between events and locations. For example, the frequency of mentioning the terms war, bomb, explosion, victims, close to a country name will increase the density colour of this country on the ‘violence’ map. The result of using an automated process creates a false representation of reality perceived according to media coverage of events instead of objective criteria. The Internet provides filtered visions of the world that impact our daily lives. Such a tool could build a unlimited number of media maps of the networked World.

The sound is also disrupted when the signal goes through these ‘zones’ The intensity and quality of sound varies according to the nature of the crisis, going as far as possible, making the communication almost impossible. The sound distortion is at the root of the picture deterioration. It is composed of: – pre-recorded sounds, real time sounds from radios serving the disrupted zones, thu, creating a type of sound matrix. Some real time sound samples will be pre-recorded and used as a back up in case of radio reception fails or is unavailable.