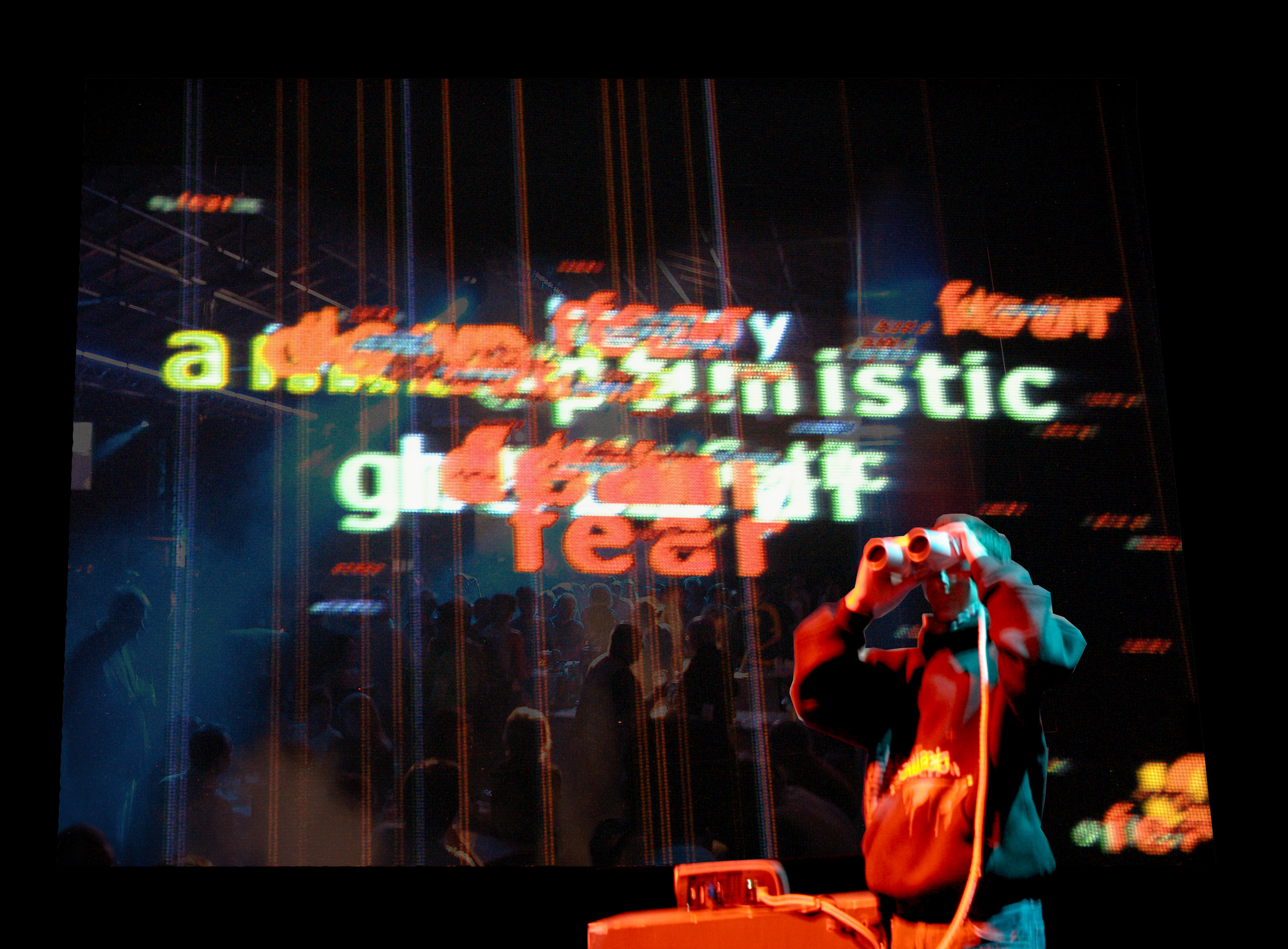 Playing instruments is a common lot of music. Playing with emotions is a common lot of politics and entertainment. Considering the Net as the World nervous system, checking the news on the Web becomes a way to get a real-time image of the world state of mind. Starting with that data, we build up the dynamic maps of the emotions of the planet.

e-Spotting is a music/Internet on-stage performance in which the world’s emotions are the musical instruments. Maurice Benayoun and Jean-Baptiste Barrière play the maps of the emotions extracted in real-time from the Net. On stage, a big-screen displays the mixing of the maps of different emotions. The maps are made of words, whose size correlates with the number of hits related to emotions for 3200 cities around the world. Separate globe-like maps of emotions, from “terrified” to “ecstatic”, display the actual emotional state of the world ready to be converted into music. Meridian lines turn around each sphere, building the sound by scanning the maps of the emotion like reading a musical score. The directors control the speed, the frequency, timbre, and the texture of sounds.
Using VR binoculars, Maurice Benayoun visually explores on stage the maps from inside the globes, selecting by watching the zones of emotions. By observing the world, watching becomes a way to mix feelings and to extract the euphoric, enigmatic, or pathetic music out of it.