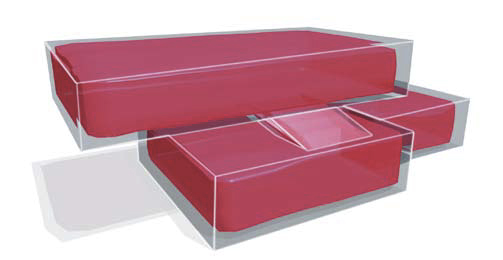 The relationship between the work and its frame and between art and its spaces for exhibition and legitimisation has been one of the preoccupations of twentieth-century artists. In the multiple conceptual acrobatics which led Klein to exhibit emptiness, Armand to exhibit plenitude and Buren to stage the museum as the content of the work, there remains a slot for those professing Total Art.

The aim here is to set up an inflatable structure, the geometry of which is an exact replica of the interior volume of the exhibition space. Once the structure has been inflated, the whole space is occupied by the work of art. As a result, either the public cannot come in, which pushes to its limits the idea that the place and the object of art carry the most weight when unknown to the public – or else they are invited to visit the work from the inside, fully experiencing the notion of an almost living skin.

An exhibition space with glass walls would greatly enhance the project. The relationship between architectural structure and inflated structure would be visible from the outside.