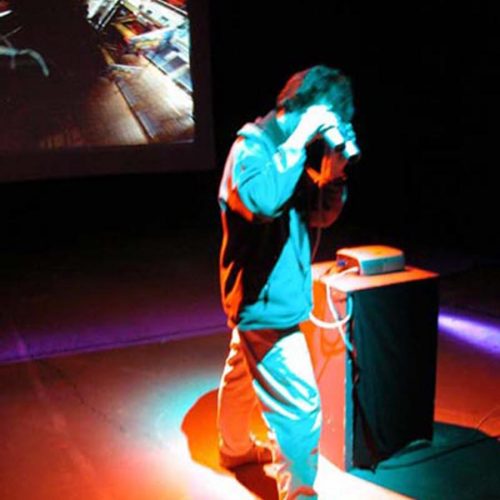 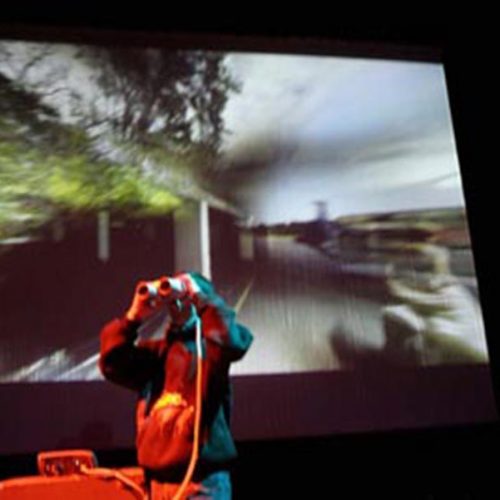 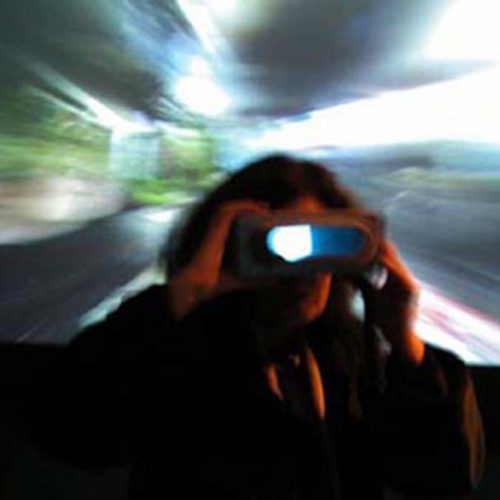 7.47 am, moment of transition, when everything starts to go awry. So.So.So. tells us the story of the meeting of parallel spaces, when they are transformed into a storyline by the way we apprehend them : their fleeting memory is printed on the palimpsest of everybody’s looks. In this transient instant, it’s a perfect crime simply because it happens somewhere else, in a crisis-ridden world seeping into our daily lives.

Following on Art Impact , So.So.So. looks into the “Collective Retinal Memory”, where the visitors on line and in the exhibition leave the fleeting track of their glances.

So.So.So. is an interactive installation that plunges the onlooker in the middle of the moment the one of photography which reveals a complex network of characteristic signs from our own experience of reality. What the visitor finds with the help of VR binoculars is a series of spherical panoramas which depict a moment, the same one, at 7.47 in the morning in different places involving different persons in different situations.

As a matter of fact, on a wide screen -being discovered by the audience outside the action- is the trace of the onlooker’s eyes painting the path of each visitor at their own pace. This is the ‘Collective Retinal Memory’ , a writing space, a dynamic palimpsest, in which, for some time, spreads out the story of the discovery, a particular reading that becomes a collective experience then. It is on the screen that can be seen the difference of the interpretations readable through the story of the moments of the individual attention.

From the Internet other readings are being developed simultaneously. The same pictures can be seen on line. The path of the Web users is written onto the Retinal Me m ory that beco m es unique, displayed in real ti m e in the exhibition and on de m and on the Net.The shared writing space and the confronted looks m ake So.So.So. a thrilling experience in which the obscenity of the others ongoing looks is unveiled by the CRM that, so doing, uncovers the inti m ate tropisms. This obscenity competes with the necessary complicity which reveals itself amid the fusion of the looks in a collective dynamic picture. In this non linear apparatus, the linearity of the narrative is built up by a chronology of individual experiences that erases an older trace, for a better transcription of a real time of the action.

more : full text + So What introduction to the article on the catlogue for ZKM exhibition: Future Cinema, MIT Press 2003

The ‘Collective Retinal Memory’ was at the core of Art Impact, Collective Retinal Memory , the first installation using this concept, displayed at the Pompidou Centre in 2000. We enabled the audience to explore La Beauté , an art exhibition in Avignon , 2000, featuring a series of art installations among places with no aesthetic intentions, a supermarket, a slaughter house, a quarry. They could investigate the confrontation of both matters reduced to the level of the retinal seduction level, as a tribute to Marcel Duchamp.