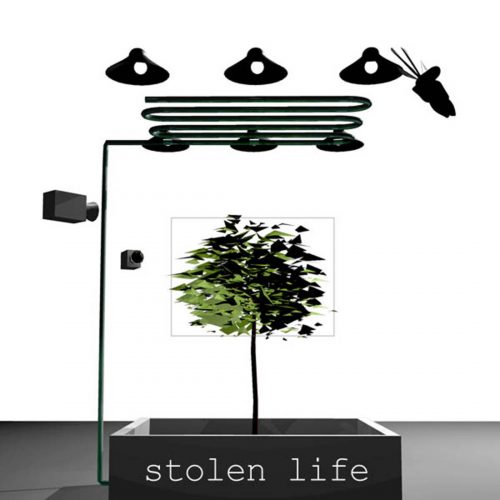 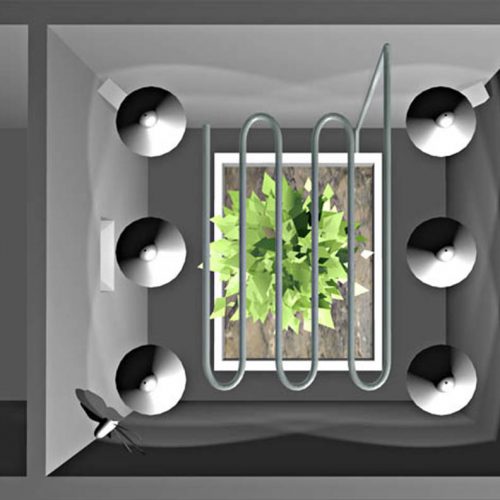 8月 2011 - Posted in Installations, The Dump, Video by moben
Share

Two concepts have marked 21st century creation, the metaphysical consequence of which is obvious to everyone, despite their apparent differences.

The first is the idea that it is the spectator who creates the picture and the second is that the life of a creation can be dependent on its owner (the Tamagochi).

The two demonstrate the idea that a creation can, through its nature or its construction, share with the world it mirrors a fundamental property that is the basis of an important metaphysical paradox : our total inability to change things permanently and the feeling of infinite responsibility that dwells within us. They two converge towards the idea that the world might exist for us and through us, as though to ward off the notion this is probably not the case.

I propose a structure that will enable us to act by default:
Two adjoining rooms, separated by a rectangular opening, both window and picture. One is the space for the audience, in total darkness. The other, inaccessible to the public, is lit up, like motorway tunnels and like a structure created by Olafur Eliasson, lit up using sodium light, the narrow spectrum of which does not make it possible to distinguish colours. In this room, a small tree has been planted, which cannot survive in such a faint light.

The survival structure.
When a spectator comes along and walks up to the opening, a light comes on within the spectrum, creating the properties of sunlight. When the soil becomes dry and it is necessary to water the tree, the visitor coming close also sets off a fine spray which, like the white light, is cut off when he or she leaves. The survival of the tree thus depends on people staying to look at it.

The observation structure
Above the opening, a camera takes a picture of the tree each time a movement is detected : a leaf falls.

Another camera, a sort of monochrome security camera, is set in a corner and directed at the window, taking in both the window and the tree. It takes a picture each time a visitor comes to look.

The image:
The two sequences of movement that are simultaneously created as time passes are projected onto two screens on the outside of the structure. On one side can be seen a tree in the process of dying and on the other a frenzied procession of visitors coming to see it.

The location of the two screens, situated before or after the two rooms, could determine the interpretation given by each spectator, and therefore his or her actions.

Just like those experiments where people are told to torture others, we can react to the fact that we have been ordered to help keep a being alive, without thinking that the author’s responsibility is greater than that of the person directed.

Out of The Dump