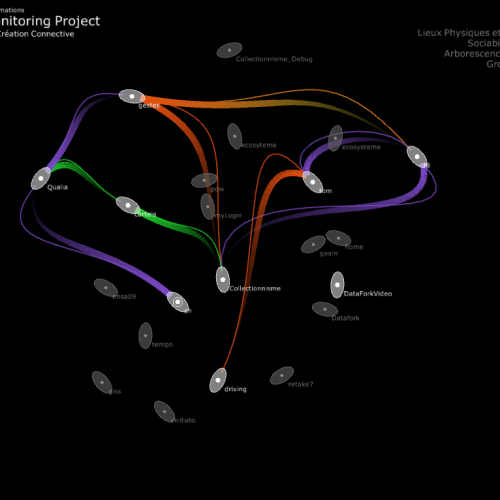 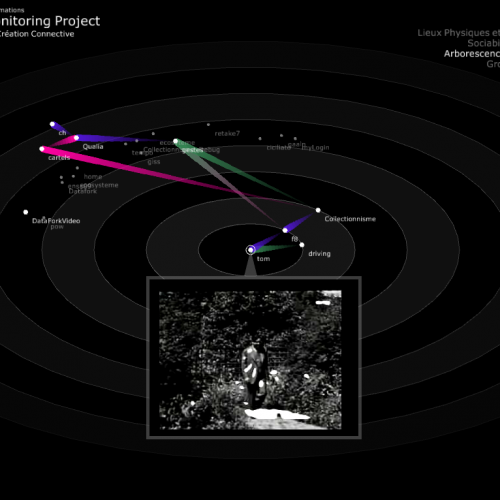 The proliferation of networks and communication systems fosters the free circulation and the diversification of exchanges, which create a redistribution of values, as opposed to those in economics which are merely transactions. This project is at the cutting-edge of research, creation and exhibition.

IN/OUT is one of the CITU’s research axes aiming at creating a collaborative approach of media art creation through an experimental system of “Peer-to-Peer” production.

The concept resides in the idea that artist could be part of the network, producing art projects with the only and significant constraint to use, among others, existing material (streams) produced by other participants and to offer as a counterpart streams (video, sound, text, data) to others.

* developing a technological platform The technological platform is developed according to precise specifications, integrating real timeP2P CREATION, needed for the implementation of a device which will allow the exchange of information in streaming (video, sound, data). This device will permit the interconnection between the artistic projects and the venues of diffusion. The project favours an opensource and P2P approach of the technological bricks.

Each project must receive flows from the network and can either use, ignore or divert them. In exchange, each project must imperatively send back its own flows composed in real time to the network. Thus, creation is fed by the flow, the exchange of a produced and not pre-existent flow. Contrary to well spread P2P CONSUMPTION, P2P CREATION is designed to offer only what we produce. The Art Collider is launched by CITU (Maurice Benayoun), in partnership with the San Francisco Art Institute (Lecture by Lynn Hershman and Paul Klein), the Kunst Universität Linz (Laurent Mignonneau and Christa Sommerer), PUF and FACE programs and the project Sebastian.2 (Cap Digital cluster). As an Open Project, many partners artists and institutions joined the art Collid