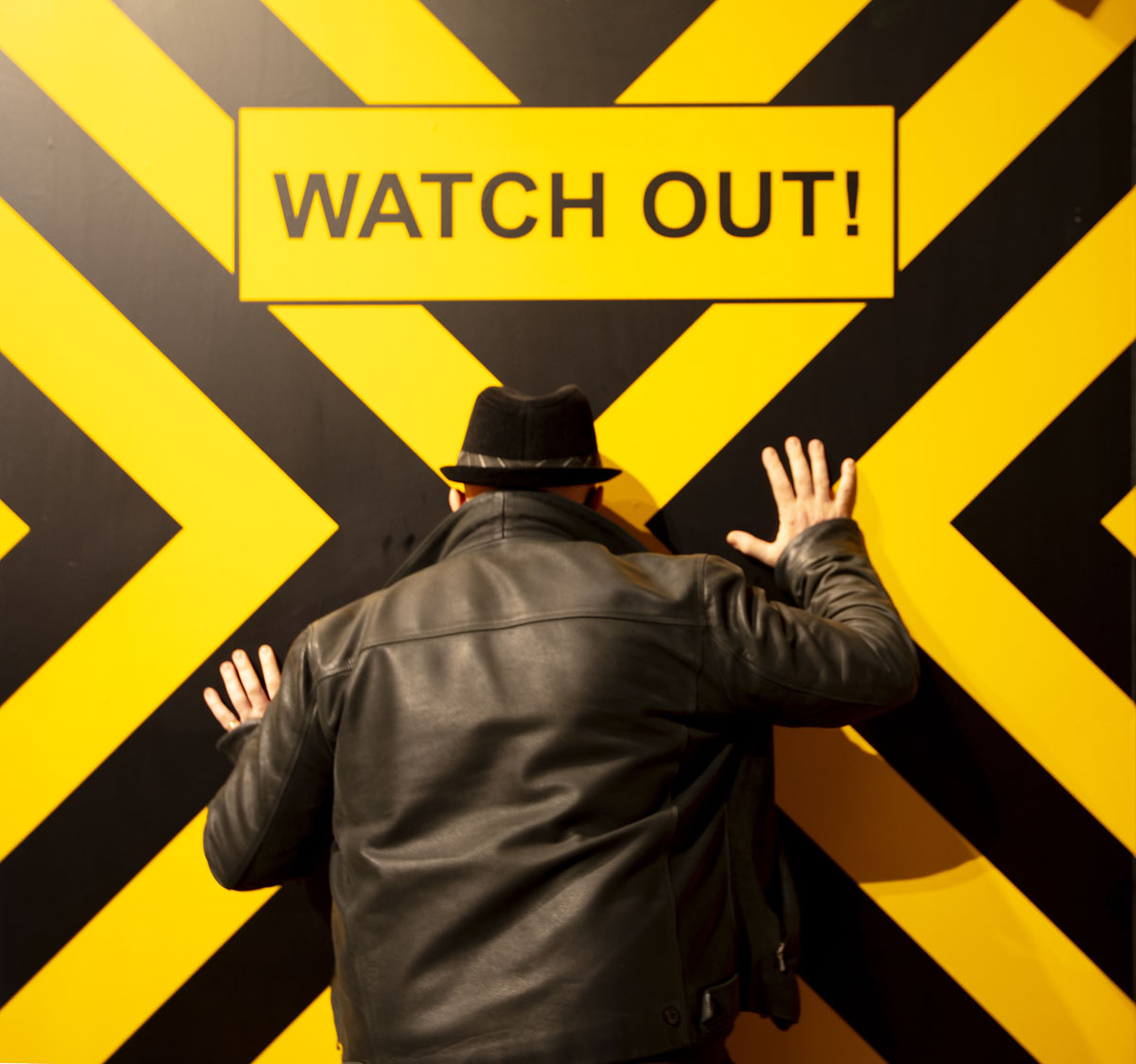 Should we be afraid to be seen or should we enjoy the World’s transparency as a way of proclaiming everyone’s difference? How do we survive in the World Wide Panopticon?

With Watch Out! eyes wide open come from the buildings to look down to us as if somebody finally dares to discover what’s humankind is doing at the ground level, in the streets of Gwangju.

It is hard not to think of Big Brother watching us. This big Brother seems to have been waiting until the 21st Century and the highly connected world to finally reach our daily life. He is on our walls, in our computer, in our pocket, in our hands, in our ears and now more often in our own eyes, kindly monitoring what we listen to and what we look at. He is the one taking our selfies, sharing and collecting them, checking our friends, recommending the next ones, discarding some others. He is behind our banker, our doctor, or grocer, our postman. He is on the stamp and in the envelope if any.

No worries! He is protecting us!

Watch Out! leads us to the origin of the 21st Century Panopticon – an optimized social model arguably built for the human good – increasing to an unprecedented level the global exposure.  This very caring society of information is not coming from a superpower out of us. It is “us”. We suffered from being isolated in a world ignoring our existence. We wanted to be protected, to be rewarded for our achievements, and we wanted others to be punished for their misconduct. Yes, we are ‘watched out!’ But we are also the ones watching the others. We have probably underestimated the limits of absolute transparency and the risk taken by delegating its control to the Power.

A big Box is placed in front of the main entrance of the exhibition. On the front of the box: a hole is open at the eye level. When we look down inside the box, we see a surveillance monitor, the image of somebody apparently looking in a similar box. It is more than a similar situation, it may be us! This image comes from 4 different CCTV cameras focussing on us.

Getting into the show, the visitor finally understands, or not, that he is the all mighty Big Brother, in fond of weary curiosity. The visitor is also the one observed by the CCTV camera, at the same time watching and being watched.

A first version of Watch Out! has been realized at a smaller scale in the streets of Seoul in September 2002. In the Art Center Nabi, an additional box was big enough to allow the visitors to get in and to be surrounded by video monitors were one could see live the eyes coming from the boxes in the street. The second version of Watch Out! was created in Athens during the Olympic Games 2004 with four screens spread over the district.