We are at the edge between human need and human greed. No need to be inside the Matrix to see that the world is covered with data quantifying all human activities into convertible and interpretable figures.

As the new part of the Mechanics of Emotions series of works, E-SCAPE TODAY! proposes to play with this ambiguity between human and economic values: emotions vs stock. Is there a direct relation between the financial stock growth and the evolution of the emotional state of real people? Economy is now so disconnected from the materiality of goods that we cannot expect it to consider the human feelings as a valuable, negotiable matter.

Artworks can now occupy the public space and share the economics of attention as advertising used to do. E-SCAPE TODAY! Opens the door to get outside the invisible loop of quantified things. 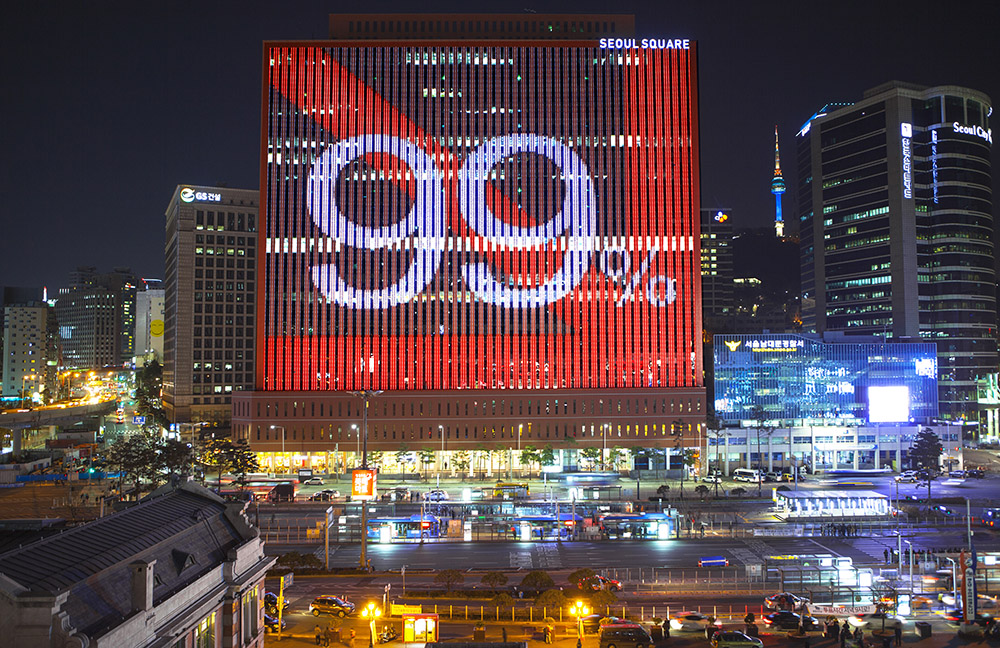