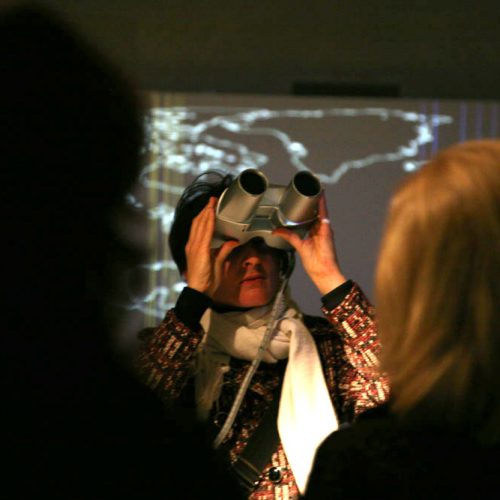 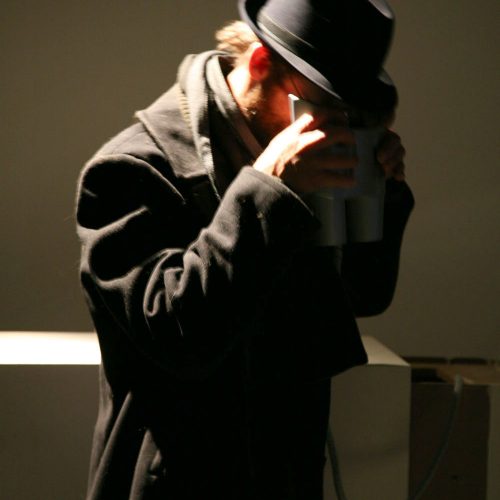 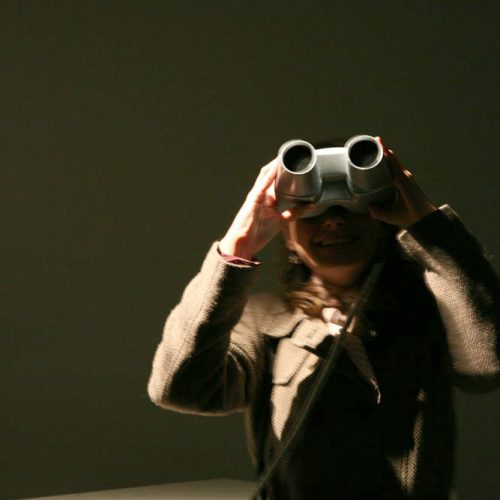 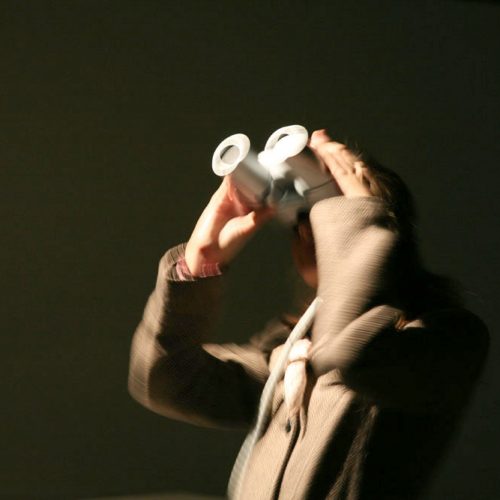 Internet VR installation
Seen as the world nervous system, the Net should now be the best way to know where pain and pleasure are located on the planet. Googling the news on the Web then becomes a way to get real-time images of the world state of mind.

a series of works that uses such data from the web, builds dynamic maps of the world’s emotions

Internet-Music performance, and now –seen at the exhibition at the Palazzo Strozzi- an art installation turns the map of world emotions into a music scoreThe World Emotional Mapping

real-time maps of world emotions from the Net maps made up of words, words as big as the number of hits related to the 3200 biggest cities emotions around the worldMixing-by-Watching

When in the installation, visitors use VR binoculars to visually explore the maps, from inside the globe. They select-by- watching the zones of the world that will reveal their emotional states of minds. And watching, through observing the world, becomes a way to mix up feelings and produce a euphoric, enigmatic, or pathetic music from it.

Screen 1 shows the map of the world, where words are displayed, according to the emotions, that the watchers spot.

Screen 2 presents the globe from outside, increasingly covered by the words, and the never-ending list of the emotional rating of the 3200 cities.

The maps watched by the visitors are the maps built on 9/11 2007, by scanning the news on the Net. Six years after, they give an interesting interpretation of how it feels this day through 11 emotions:

Mad, outraged, shocked, terrified, bad, sad, nervous, glad, excited, proud, satisfied The emotions are spread all over the map like obscure data scrutinised as paradoxical feelings waiting for being deciphered by compulsive spotters.