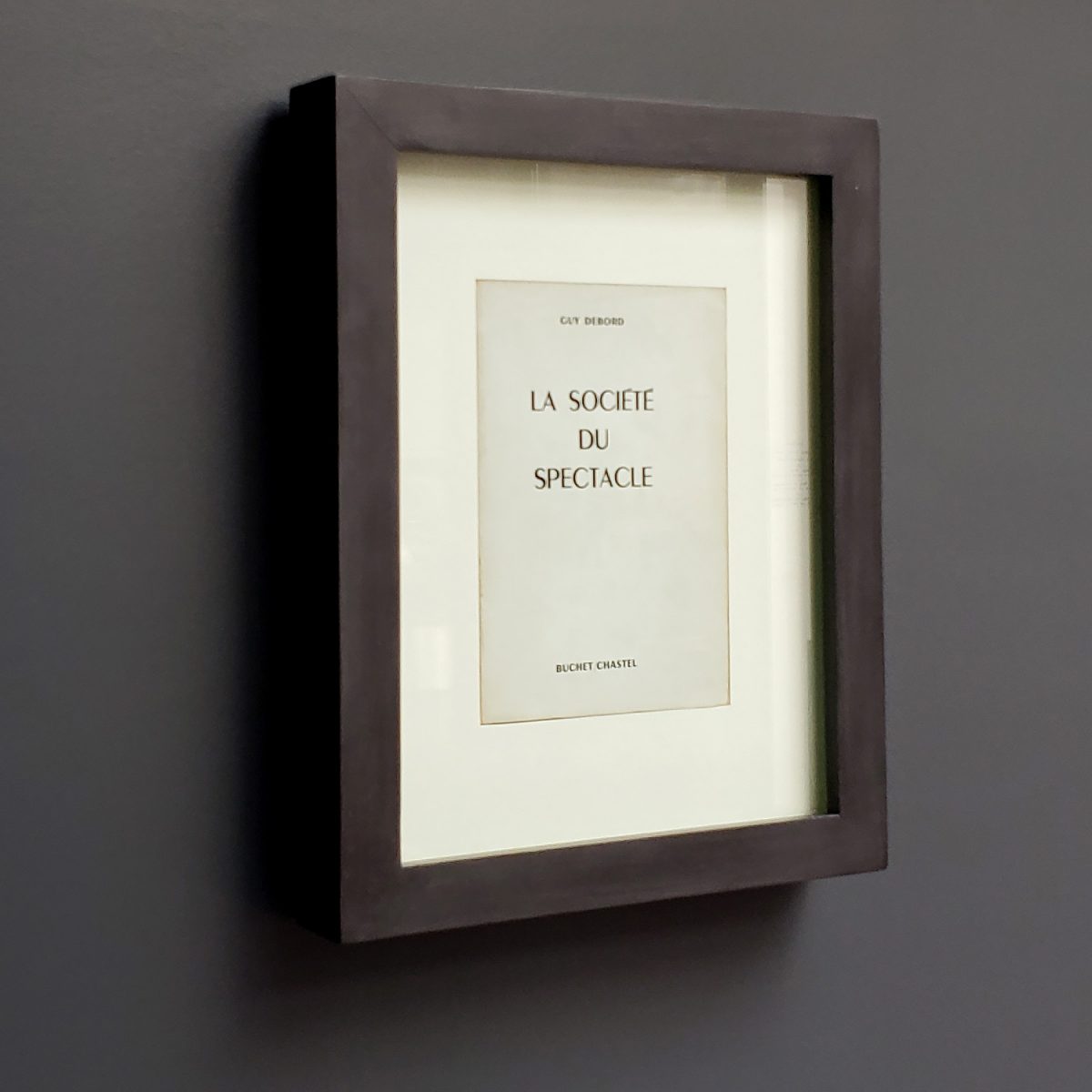 When any attempt of subversion is rapidly institutionalized, the critic of the Spectacle becomes THE spectacle.

Guy Debord is no exception. Commonly praised by the Academia, The Society of the Spectacle lost most of its subversive flavor.
The Purloin Thought (a reference to The Purloined Letter by Edgar A. Poe) exposes The Society of the Spectacle, in a way that we can’t read or destroy the book. Behind the bulletproof glass, the original edition of the book is neutralized and the spectator can only judge the book by its cover. Even the critique of the spectacle can become a spectacle.