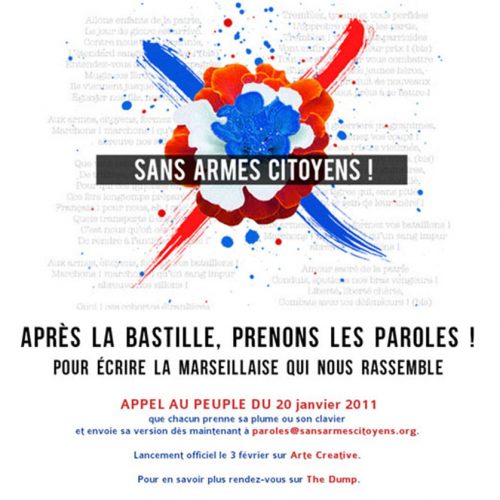 Jan 2011 - Posted in Installations, Internet, The Dump by moben
Share

Two years before the turn of the century, a committee chaired by Jean-Jacques Aillagon, at the time director of the Centre Pompidou, was entrusted with the task of defining the ceremonies to celebrate the millennium. Oddly enough, I was invited to contribute ideas.

The proposals I came up with, apparently totally out of step with the implicit expectations of the sponsors, were systematically rejected. My first project, notably, had the effect of leaving everyone present speechless. Taking into consideration the fact that the event would be witnessed and celebrated by the whole planet, it seemed to me essential to send out a clear signal to humanity, always sensitive to the image of the Age of Enlightenment, the Revolution and Human Rights, that are so often associated with the French republic. It would certainly not be enough just to let off fireworks, of doubtful symbolism, and organise other celebrations, which would be too weak a message concerning the vision we have of the immediate future.